Marianske Lazne, which has been one of the world’s most known spas for more than 200 years, is on the edge of an important step, entering the prestigious UNESCO World Heritage List. This step may influence future development of the spa town, which is part of the project “The Great Spas of Europe”, an association of 11 European cities nominated for inscription on the UNESCO World Heritage List. Why UNESCO World Heritage Site Marianske Lazne? The spa town is nominated because of a unique natural atmosphere, natural resources and spa uniqueness – architecture, urbanism and offered procedures, which are typical for the Karlovy Vary region, but unique in the world.

The list of UNESCO monuments in the Czech Republic was unchanged for many years and contained 12 registered sites. The year 2019 was important for the Czech Republic, as the list extended by two sites. There are 3 spa cities in nomination. Will the Czech Republic have 17 sites on the prestigious UNESCO list? It would be a success for such a small state. However, the Covid-19 pandemic has shown how vulnerable tourism is, which is why the city should check various marketing tools and ways to promote our destination. 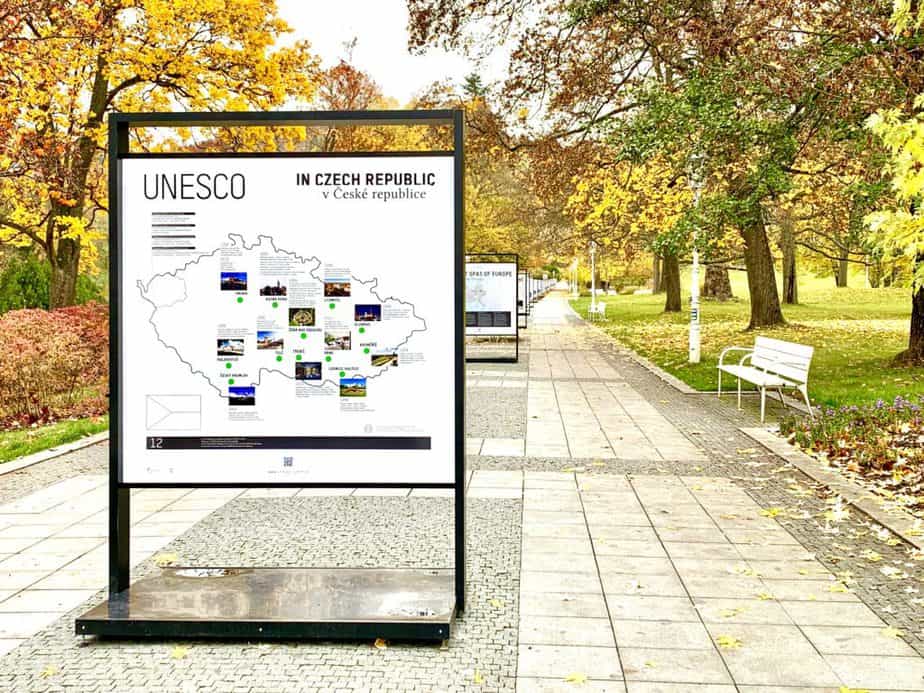 Within UNESCO, there are many possibilities that the city of Marianske Lazne and other cities could use. For example, the opportunity to participate in the VisitWorldHeritage.com project, the first ever web platform dedicated to world heritage and sustainable tourism. In cooperation with National Geographic, it launched UNESCO a project that does not focus on major tourist destinations, but on regional sites. The spa triangle could be an ideal candidate, as the aim of the project is:

“Staying longer in destinations, experiencing the local culture and its environment, and gaining a deeper knowledge and appreciation of World Heritage values.”

This is just one example, of many. Thanks to the inscription on the UNESCO list, interest in the destination will be increased and our spa town will be discovered by travellers who did not know about Marianske Lazne yet.

The success of Marianske Lazne depends on many factors that Marienbad Apartment cannot influence. However, we are interested in what is happening and we are trying to restore and protect natural resources around the city of Marianske Lazne and thus contribute to the sustainability of natural and unique attractions in our destination.

So come and discover the unique natural environment of the world-famous spa. Check the availability of our apartments. Do you have a question about our accommodation? About the destination? About tips what to visit and what better not? Ask us.